… and better than ever! The 2013 Albuquerque Comic Expo is coming to the Albuquerque Convention Center, June 21st-23rd, 2013! ACE is New Mexico’s premier comic book, pop culture, and entertainment convention, and our third year is going to knock your socks off!

We’ve got a guest lineup full of comic creators from all around the world, including John McCrea, John Layman, Jim Calafiore, Katie Cook, and a cadre of other amazing comic book talent! We’re just getting started, too! We’re going to be adding creators to the guest list right up until show time!

Giancarlo Esposito, from AMC’s Breaking Bad, ABC’s Once Upon a Time, and NBC’s Revolution, is our first confirmed celebrity guest! We’re very, very excited to have Giancarlo at ACE 2013! We’ll be adding more celebrity guests as we get closer to show-time, so keep checking back for more updates, or join our mailing list for announcements before anyone else gets them! 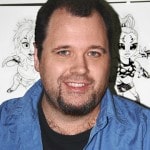 Joseph Gatt, from director JJ Abrams’ upcoming Star Trek: Into Darkness, is coming to ACE 2013! You can also catch Joseph on Cinemax’s Banshee, and in Sony Computer Entertainment’s God of War series as the motion capture artist for Kratos! Joseph joins a growing list of celebrities and comic book creators headed to Albuquerque for ACE 2013, and we’re very happy to have him along for the ride! 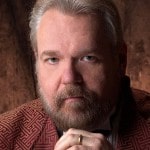 The launch of our brand spankin’ new 2013 site coincides with our first guest announcement for ACE 2013! Head on over to the Guest Page to see who’s coming to the show! We’ve got a gigantic list of comic book talent that’s Albuquerque-bound, and many more coming soon! Go check it out! 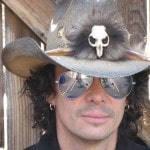 Want to show off your stuff at ACE 2013? Exhibitor Booths and Artist Alley tables are available right now! Whether you are promoting your own work, selling comics, or just want to show off, you can reserve your space on the show floor by visiting the Booths and Tables page!

ACE is sponsored by: